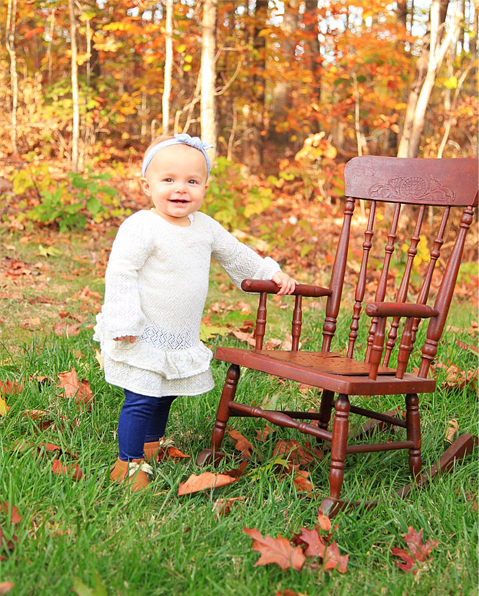 I’ve learned things,
That I didn’t know,
On this day,
One year ago.

How you’re loved,
How you’ve grown,
Since that day,
One year ago.

How I’ve tried,
To make time slow.
Seems yesterday,
One year ago.

There’s just so much,
I wouldn’t know,
But for that day,
One year ago.

A baby at 5,
Sitting on the bricks.
You have so much time,
And you spend it selling sticks.

A kid at 10,
Writing his own name.
You have so much time,
And you spend it playing games.

A boy at 15,
Playing with a ball.
You have so much time,
And you spend it against a wall.

A loser at 20,
Making my own mess.
You have so much time,
And you spend it on regrets.

A person at 25,
Out learning the world.
You have so much time,
And you spend it on a girl.

A man at 30,
Finally standing up.
You have so much time,
And you spend it on love.

Young boy, hear this now,
Or soon learn on your own.
You always have so much time,
Until you don’t.

I wrote this with intentions that it would be much longer, but I stopped when I realized the point had been made already. It reminds me of a walk in the rain with my little girl and I hope you like it!

You held the tree softly,
Like you thought you would break it.
Telling you how strong you are,
Seems to have gone to your head.

Before too long,
I’ll show you everything.

I made a promise,
I don’t know to who.
I could probably break it,
Because nobody else
Seems to know that I made it.

But I know what I said,
And I tell the truth.
So I’ll keep my promise,
Because nobody else
Could’ve heard it, but you. A Nigerian guy works at the gas station near me.
I go to his store every Wednesday
For lottery tickets and beer.
Once, he gave me an extra dollar in change,
And I gave it back,
So we became friends.

He has lived here for seventeen years,
And been an American citizen for two.
One time last Summer,
I wore a Bernie shirt,
And he wore a Trump hat,
So we started talking.

I asked him, as an African immigrant,
How could he support the things Trump does?
He said he doesn’t care if Trump is racist,
Because everyone in America is racist.
America is about winning,
And Donald Trump is a winner.

We talked for about 30 seconds every week.
Not enough time to get too involved,
Which is probably the best way to talk politics with a friend.
He says, “Good luck, Buddy”
As he hands me my ticket,
And I say he’ll get a million if I win.

Tonight,
As I entered the store,
My friend was engaged in a loud conversation,
With some crazy lady.
I noticed that she was standing in the door,
Letting all the warm air out.

I stand in line,
Next behind some guy with a Bulls hat,
And this loud, obnoxious lady,
Who says he can’t talk to her “like that.”
She kept pointing at the ground,
And staring up at the roof when she spoke.

She told him to “go back to his country,”
And that he didn’t belong in ours.
She screamed “they’re making laws to find you,
And you’ll be deported with the rest of them.”
She said he didn’t deserve to be here,
And he “stole his job from an American.”

She looked at me,
Probably because I was the only other white person there.
She pointed at me,
As she finally closed the door,
And said “that is why good Americans like us voted for Trump,
To get rid of people like you.”

I bought my ticket and asked him what happened.
He said the lady was standing by the counter,
Asking every customer for a dollar,
So she could buy a box of Swiss Cake Rolls.
He told her to leave,
And then she went nuts.

She had a car,
And paid for a lighter with change.
She had just bought twenty dollars in gas.
She looked like an average person,
With an ACC Tournament sweatshirt,
And an old denim fanny pack.

I wonder if,
When that lady tells this story,
The illegal African immigrant,
Who was stealing jobs from Americans
And doesn’t belong in our country,
Becomes the crazy one.

Pszzaimmyg – A Poem For My Daughter, Samantha

It could start with a P.
It could have two Z’s.
If you really, really want,
It could end with a G.

When I found out President-elect Trump did not have a poet laureate for his inauguration today, I thought it would be nice to write a poem for him. I really wanted to capture the true Trump creative spirit, so I copied lines from the first five inauguration poems and put them together into one poem. I hope you enjoy!

“Things I’ve Said Before, And Will Say Again.”
by Ryan Mentock (with help from some real poets)

We walk into that which we cannot yet see.
But where are we going to be, and why, and who?
All of us as vital as the one light we move through
To keep on going where we meant to go.

Say it plain: that many have died for this day.
We know what we have done and what we have said,
But seek no haven in my shadow,
If we can truly remember, they will not forget.

Believing ourselves toward all we have tried to become
Something we were withholding made us weak
The “I have a dream” we keep dreaming
Cannot become one people falling apart.
Cannot let chaos make its way to the heart.

I will give you no hiding place down here.
We mean to be the people we meant to be,
Until we found out that it was ourselves
Facedown in ignorance.

All about us is noise.
Any broad alarm of their hastening doom
Someone is trying to make music somewhere,
The great and all the anonymous dead are there.

I know there’s something better down the road.
We like the places they take us. Mostly we do.
Such as she was, such as she would become.
Any thing can be made, any sentence begun.
What if the mightiest word is love?

Black Text – “Praise Song for the Day” by Elizabeth Alexander
Green Text – “On the Pulse of Morning, by Maya Angelou
Purple Text – “One Today” by Richard Blanco
Blue Text – “Of History and Hope” by Miller Williams
Red Text – “The Gift Outright” by Robert Frost

One thing that I noticed while reading these poems was that “Of History and Hope” by Miller Williams is incredible and everyone should read it twice. Thanks for reading!